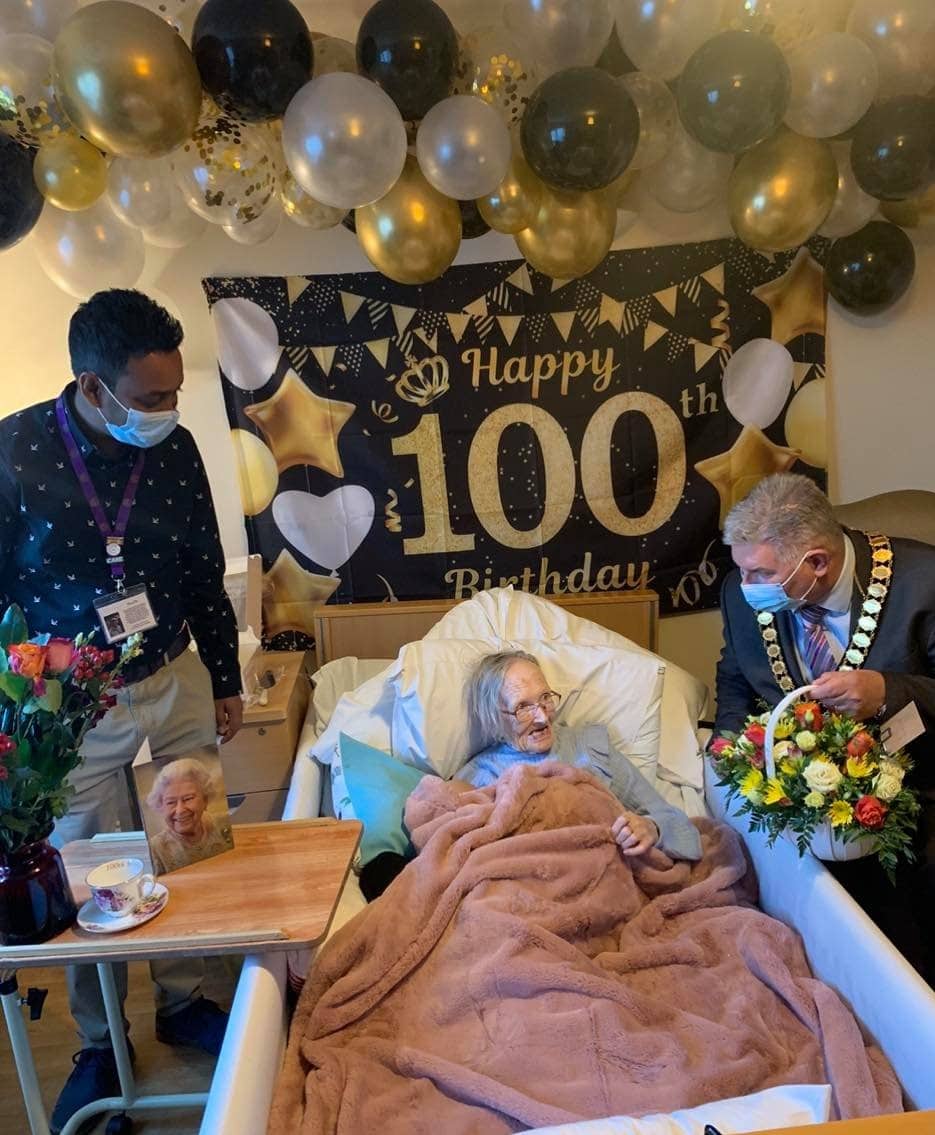 Nora O’Sullivan nee Kelly was born in Cahirceem, Co. Cork, Ireland on 15th November 1921.  Nora left her home town at age 24 and travelled to London on 21st November 1945.  She subsequently met, Daniel O’Sullivan, who came from a neighbouring town in Ireland, and they were married on 23rd April 1949.  They were blessed with 3 children, Mary, Brian and Patricia.  Nora also has nine grandchildren and ten great grandchildren.  She obtained British Citizenship in 1988.  Sadly, her husband, Daniel, died in 1989.  She lived in London most of her life and being a staunch Roman Catholic, she never missed mass on Sunday.  She continued to live on her own after her husband’s death, until she was 97 years of age but due to health issues, she had to move to a care home, Autumn Vale Care Centre in 2019.

She was overjoyed to be presented with her very special centenary birthday card from her Majesty the Queen along with birthday greetings from the president of Ireland, Mr Michael D Higgins. To make the occasion even more special, the card was presented by the Mayor of Welwyn Hatfield, Mr Peter Hebden. 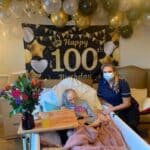 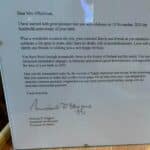 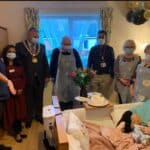 Nora O’Sullivan is very popular among the residents at Autumn Vale Care Centre. Care staff and families gathered round to sing ‘Happy Birthday’ when she was presented by her birthday cake made by one of the Autumn Vale team members, Cindy Barnett.

Asvin Jhoollun, General Manager at Autumn Vale care Centre commented, “Nora is a warm and wonderful lady, so we wanted to celebrate her life with this big surprise party. I can’t thank my wonderful team and Nora’s family enough for their dedication in making this happen. The decorations, banners, balloons and gifts that they arranged all made for an incredible event.”